In an increasingly crowded CDP space and on a tight budget,  how could Simon stretch their marketing dollars to expand their pipeline and shorten the sales cycle for target brands who would be the strongest fit for their suite of products?

Simon was a “David” going toe-to-toe with the “Goliaths” of competitor CDPs, many of which were operating with higher advertising budgets and cost-of-acquisition tolerances. Rather than continuing to struggle in competitive ad auctions, we knew we needed to pivot their efforts to a more finely targeted approach that aligned their unique selling points to their ideal customer profile (ICP). By focusing on promoting valuable educational content to create demand within specific target accounts (presenting the right information to the right people at the right brands),  Simon would gain the competitive advantage necessary to break through on a streamlined budget.

We knew that leveraging account-based marketing (ABM) tactics would be a powerful way to bring precision to Simon’s advertising efforts and focus their marketing investment. Our approach? Run a 5-month pilot program that proved paid media would increase the pipeline velocity of target accounts.

We first developed criteria around what accounts should be targeted. Simon sets itself apart as the only CDP built natively on Snowflake — the most popular data warehouse on the market. As this makes Simon an obvious choice for Snowflake-reliant brands (which also made up over 67% of Simon’s late-stage opportunities), that was one of the first parameters.

We also audited Simon’s HubSpot to get a clear picture of their attribution methods, understand what marketing activities move accounts into and through the pipeline, and what made a high-quality or lower-quality lead. We found that while they accounted for demand capture efforts ( like a form-fill), they were focused on channel-sourced attribution and were not tracking essential demand creation efforts (where people initially discover their brand or learn more without submitting a form).  Key touchpoints that influenced these accounts were being overlooked: i.e. when comparing a prospect’s CRM data with LinkedIn data, most late-stage opportunities and closed deals had significant LinkedIn engagement that was not being tracked in HubSpot. So, internal decision-making was largely being solely on the channels HubSpot was attributing leads and pipeline to, rather than what was actually driving demand and growth opportunities.

With this data, we developed a program focused on generating demand with a variety of content: high-value educational content, messaging that emphasized an ICP’s pain-points and challenges, and brand-specific content, like tailored case studies and testimonials that showcased the impact of Simon’s solutions on a business. Our objective was to measure the effectiveness of paid LinkedIn reach on an account’s pipeline velocity. Simply put, how much more or less likely would it be for a target account to become an opportunity or customer if it was influenced by paid LinkedIn campaigns? To achieve this, we first established a control group. We compiled a baseline report that attributed opportunities and customers exclusively to channel-sourced, known leads. Meaning, paid campaigns would only get credit for opportunities or customers who filled out a form directly from an ad, excluding anyone:

We then developed a test group. We merged data from LinkedIn (impressions, ad engagements, website visits, number of members targeted, etc.) with pipeline data from HubSpot (i.e. timeframe to progress from SQL to opportunity, from opportunity to customer, etc.). Analyzing buyer journey data in this way would help us understand not just what accounts were progressing in the pipeline, but what impact our demand generation activities on LinkedIn would have on those accounts.

While audience segmentation and campaign structures were relatively complex throughout this pilot, targeting involved specific job functions aligned to buyer personas or committees, as well as account priorities defined by the Simon team. Rather than just pelting our target audiences with branded ads and gated content, we emphasized demand creation within our target accounts. Audience segments were served a mix of relevant content relevant to the various stages of their buyer journey. And, by using a mix of gated and ungated content, Simon could engage with its target accounts in a much stronger way than running a traditional lead-gen focused approach, reliant on a form-fill to share platform insights, features, and potential buyer impact.

We proved that Simon would be 6x more likely to see a target account turn into an opportunity, and 3x as likely to convert them into a customer if they invested in demand generation campaigns on LinkedIn. This valuable learning ensured that they could rely on ABM tactics used with a demand-gen, strategic mindset to reach prospects and convert customers faster than ever, impacting their bottom line. 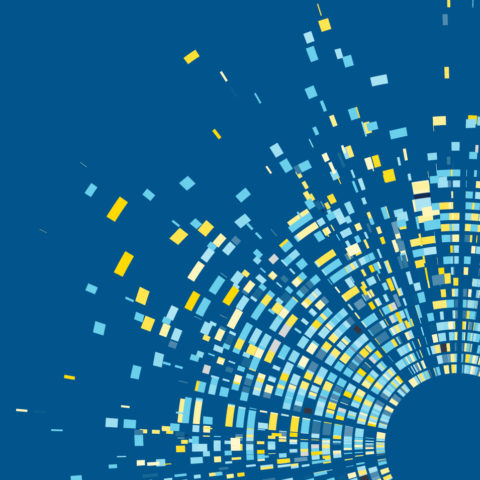